Prolific storyteller with compelling and meaningful publications that promote and celebrate diversity and inclusion. 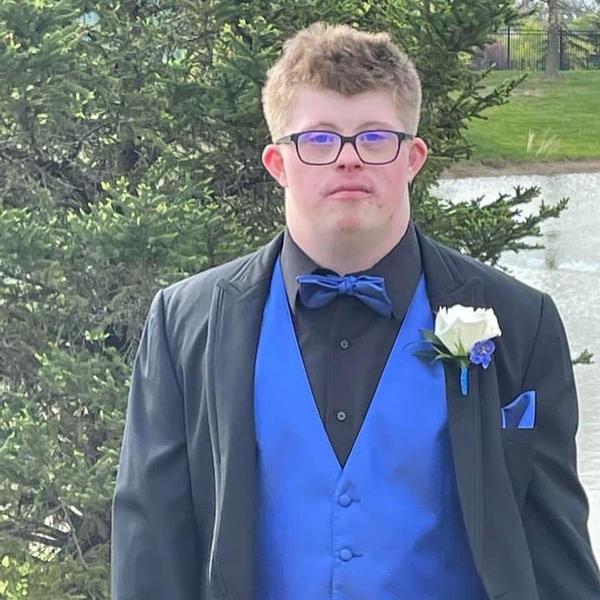 When Alex was born nearly 18 years ago, they took him almost immediately from the hospital where he was born to our local children’s hospital. Learning of his Down syndrome diagnosis at his birth, and then discovering an issue with his heart shortly after birth, the children’s hospital was the best place for him. But I had to stay at the hospital where I delivered him, as he was born via c-section. It was a lonely, worry-filled time. When I finally got to see Alex again, it was two days later and he was hooked up to tons of wires in his crib in the NICU. The nurses kindly gave me a moment alone to visit with him, and as I peered over the crib at his tiny face, a tidal wave of sadness and worry washed over me. I began to fret about how his life would be. Would he have friends? Drive a car? Would he ever go to prom? Attend college? Those thoughts overwhelmed me as I watched that tiny baby sleep. After several moments of wallowing in my unfounded sadness, something clicked for me that day and I quickly remembered that nothing in this life is guaranteed. If he wouldn’t do any of those things, it wasn’t going to be because he has Down syndrome. I decided then and there that Alex would do whatever he wants to do. I promised him that if he wanted something, I would make it happen. That’s the moment an advocate was born, right there in that NICU. Recently, Alex attended his Junior prom with his peers and had a great time. As we counted the days down to the big event, I couldn’t help but think of that moment in the NICU so long ago. I wish I could tell that uncertain new mom that everything would be just fine. Just fine, and just how it’s meant to be. He looked quite handsome for his prom, I think. 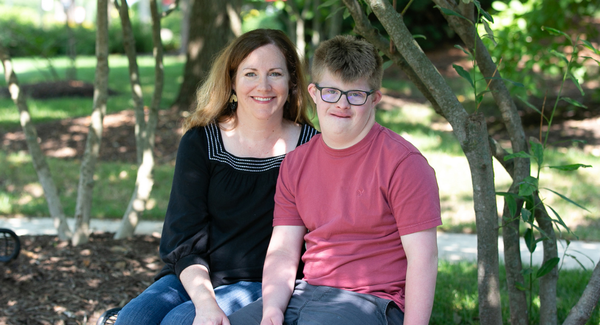 What I Want You to Know on World Down Syndrome Day

World Down Syndrome Day is recognized on March 21st; the date, 3/21, signifies the three copies of the 21st chromosome present in Trisomy 21, or Down syndrome. WDSD is an international celebration of individuals with Down syndrome and their families, and it’s developed into quite an important day of advocacy. In the weeks leading up to WDSD, it’s not difficult to find information about Down syndrome. Social media posts that countdown to 3/21 with daily facts, special community events, and even 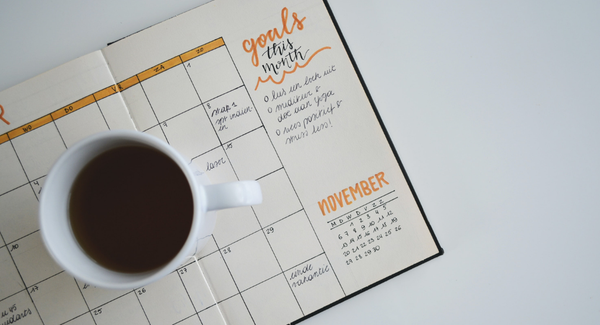 Stumbling Back to Normal

Before March 2020, my household normal was full of bustling commotion. There weren’t many days on the big whiteboard calendar in the kitchen that were empty. Each afternoon and evening (and mornings on the weekends) were booked with my kids’ various activities, and each item was carefully noted on that board in bright colors. It was a cheerful fixture on the wall, even though it was a constant reminder of our family’s chaos. We were constantly on the go, and while some weeks felt longer than ot 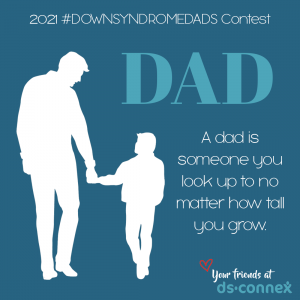 In honor of Father’s Day and great dads of kids with disabilities everywhere, ds-connex is excited to announce the 8th Annual #DownSyndromeDads Contest to recognize and celebrate these amazing fathers! Nominate the fantastic #DownSyndromeDads in your life by sending a photo and brief (one to three sentences), meaningful message about them to ds-connex. Please send your submissions to contests@ds-connex.org. All photos and descriptions will be posted to a 2021 #DownSyndromeDads photo album o 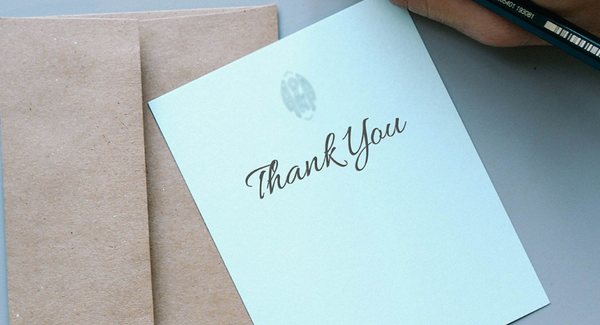 Teachers, We Are So Thankful for You

Each year in November, it seems to be a common practice to share why we’re thankful or perhaps start a gratitude practice. Even with this year’s unpredictable chaos, I still find myself remembering why I’m so grateful for the blessings in my life. Anything from the health of my family, to the playfulness of our dogs, to the simple pleasures that we’re so lucky to have (looking at you, food delivery services!), I can typically name several things each day for which I’m thankful. Teachers are usu 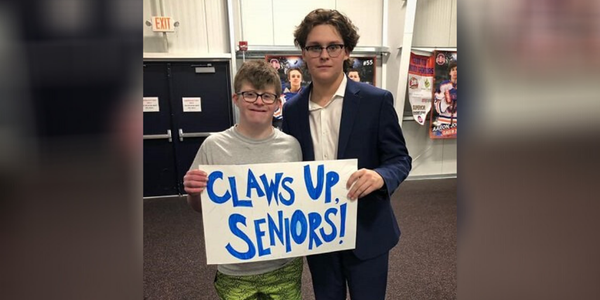 To the Class of 2020: Thank You for Including My Son With Down Syndrome

I was 46 when I found out I was pregnant. I was pregnant when my oldest child had just given birth to her first kiddo. I was a grandma and still had 11- and 13-year-old boys at home. I was teaching at a state school in a behavioral disability classroom. I thought I was nearing the end of my teaching career. My husband tried to talk me into an abortion. I couldn’t see why. We had raised his daughter and were still raising our two biological boys — we could add another child to the mix. We were em 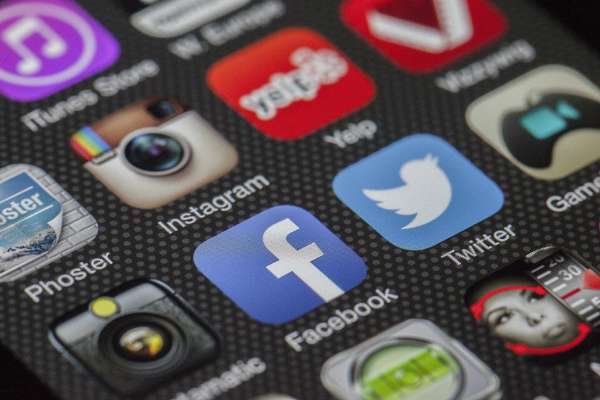 Why I Encourage My Kids to Use Social Media

Parenting is always an adventure. No matter your parenting style, there often seem to be issues that pop up out of nowhere that cause us to pause and reconsider what we’re doing. Even the most confident of parents are tripped up now and then; just when we think “Hey, I’ve got this,” something new appears and we’re back to the drawing board. The world of social media presents many challenges for parents and children alike. But that’s just how life is; this is a tough gig. Parenting in the digita 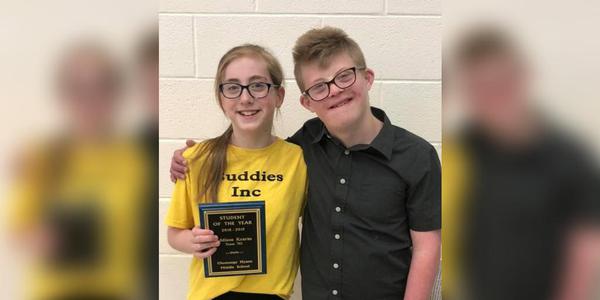 Dear Parents of 'Typical' Kids, We Need You as Allies in Our Schools

As it does each year, the summer break has quickly passed and we’re now in back-to-school mode. Meetings are set, new shoes and clothes are purchased, and the excitement of learning a new schedule is beginning to escalate. The first day of school will be here before we know it. During this frantic build-up to the new academic year, I am beginning to see the reminders on social media on how to teach our children about their peers with disabilities. These beautiful articles and essays are so impo 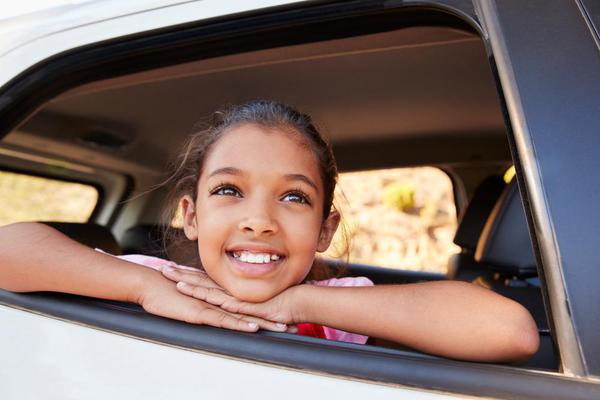 It isn’t uncommon for parents to experience overwhelming feelings of pride when thinking or speaking of their children. In our hectic, chaotic schedules, though, I sometimes find myself so consumed with the “who needs to be where, and when?” mindset that I don’t stop to appreciate the amazing little humans my kids are. When I do stop to notice this, it often catches me off guard and I find myself marveling over them, and how they’ve changed since the last time I really stopped to see them. Rece 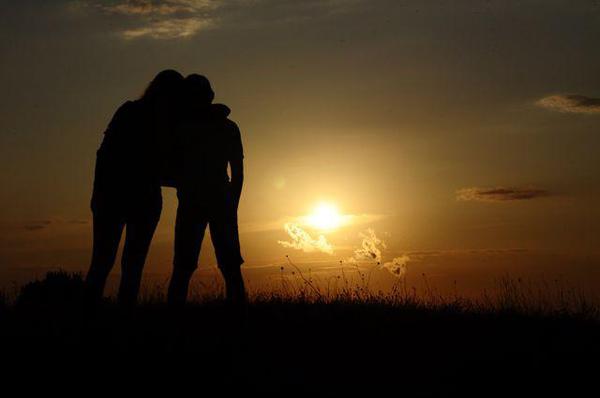 Becoming the Best Mom He's Ever Had

It is a constant dance between, “I think I’ve got this” and “Wow, I really screwed that up.” I tend to find myself hanging out near the latter, thinking that I could have done anything and everything better than I actually did it. My oldest son, Alex, likes to remind me that I’m wrong on those counts. He is 14 and happens to have Down syndrome, which I only mention because from my observations, he is much more open with his loving gestures than other kids his age. I often wonder if his ability
Load More Articles
Close ✕